A stunning outdoor amphitheatre – the first-ever in Fenelon Falls – will be home to The Grove Theatre, an exciting new summer festival of live performance. Created under the auspices of the Kawartha Works Community Co-operative (KWCC), with construction funding from the Ontario Trillium Foundation and additional support from members of the local community, The Grove Theatre has been conceived to engage and inspire both visitors and local residents. The annual festival will bring new vitality not only to Fenelon Falls itself but to the whole region of Kawartha Lakes. 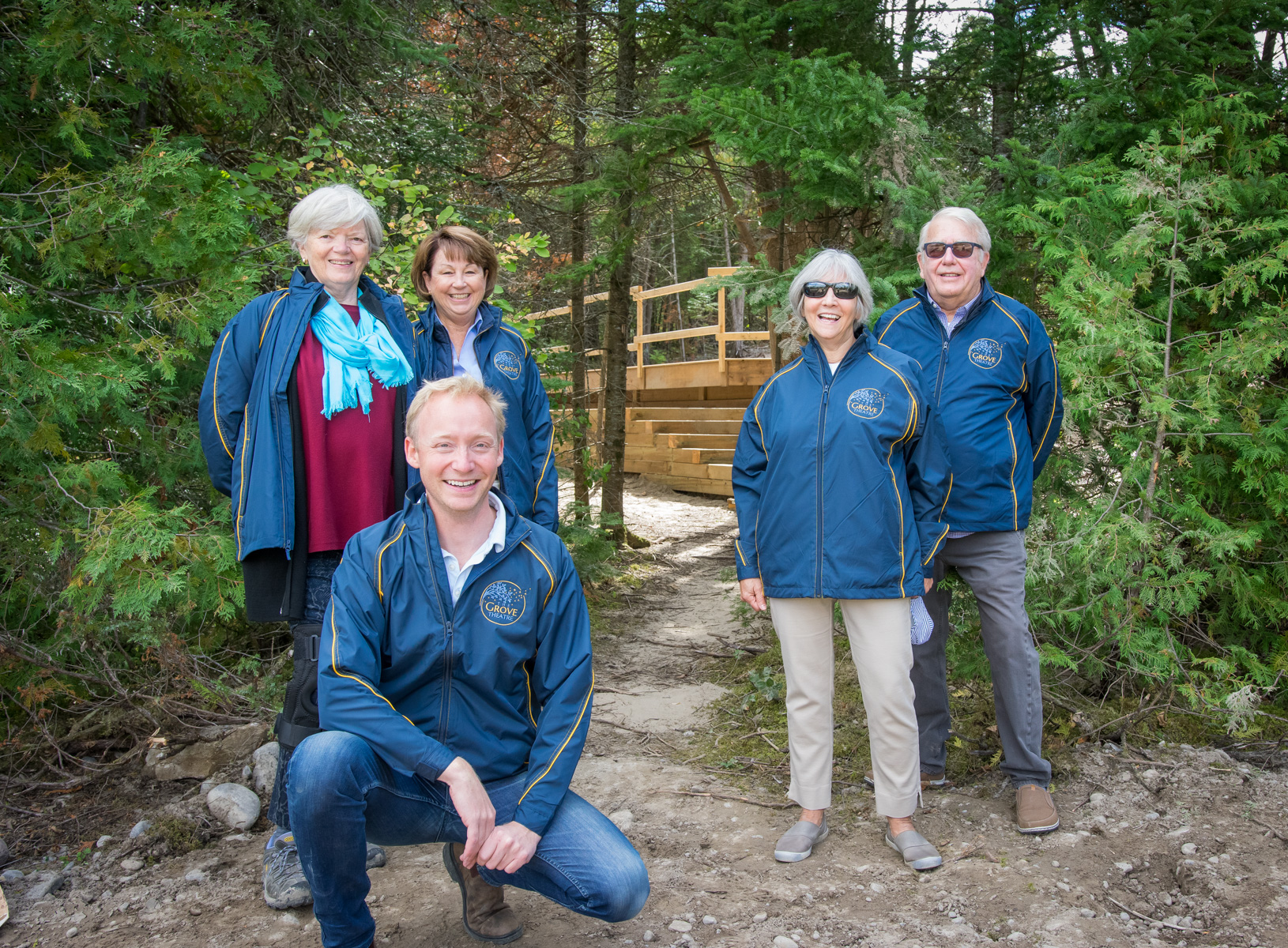 Built into the garden grove of the Fenelon Falls Fairgrounds, the spacious venue will be home to high-quality professional theatre staged in an idyllic natural setting. Friends and family will gather to enjoy open-air performances ranging from lively musical theatre to popular Shakespeare plays.

Its potential audience base is already substantial – the surrounding community comprises 75,000 people, with an additional 31,000 summer residents – and will expand exponentially in subsequent years as awareness grows. Meanwhile, continuing uncertainty around the reopening of indoor venues will make the open-air Grove Theatre even more attractive to visitors who come seeking entertainment and whose spending will bring tremendous economic benefit to the community, including those from the GTA. Only 90 minutes away, there is a large theatre-going public ready to spend time in the beautiful Kawartha Lakes.

The Grove Theatre is also deeply invested in the social, cultural, and economic development of Fenelon Falls and prioritize their relationship with the local community. They have established key relationships with the Fenelon Falls Chamber of Commerce and its member businesses, as well as with the City of Kawartha Lakes, specifically with its economic development department. The Fenelon Falls Chamber of Commerce and the City of Kawartha Lakes both strongly support the Grove Theatre project. It is central to the business model that they integrate with the community from inception: that model includes prioritizing community use of the venue for everything from community theatre and concerts to faith services and ceremonies.

The Grove Theatre is still fundraising for the upcoming season. “All of our Co-op projects rely on community support for success,” said Jim Armstrong, President of Kawartha Works Community Co-operative. “There has already been an encouraging response. We have already raised over $200,000 towards our goal of raising $600,000.” For those interested in donating, email donate@grovetheatre.ca or visit grovetheatre.ca/donate for more information.

Contact us for the full press release, with questions, or comments:

About the Author: Jim Armstrong